During a week working at Gillingham Football Club I interviewed midfielder Billy Knott, who had just returned from injury. I carried out the interview myself as you can see in the image below. The following was also published onto the Gillingham website. 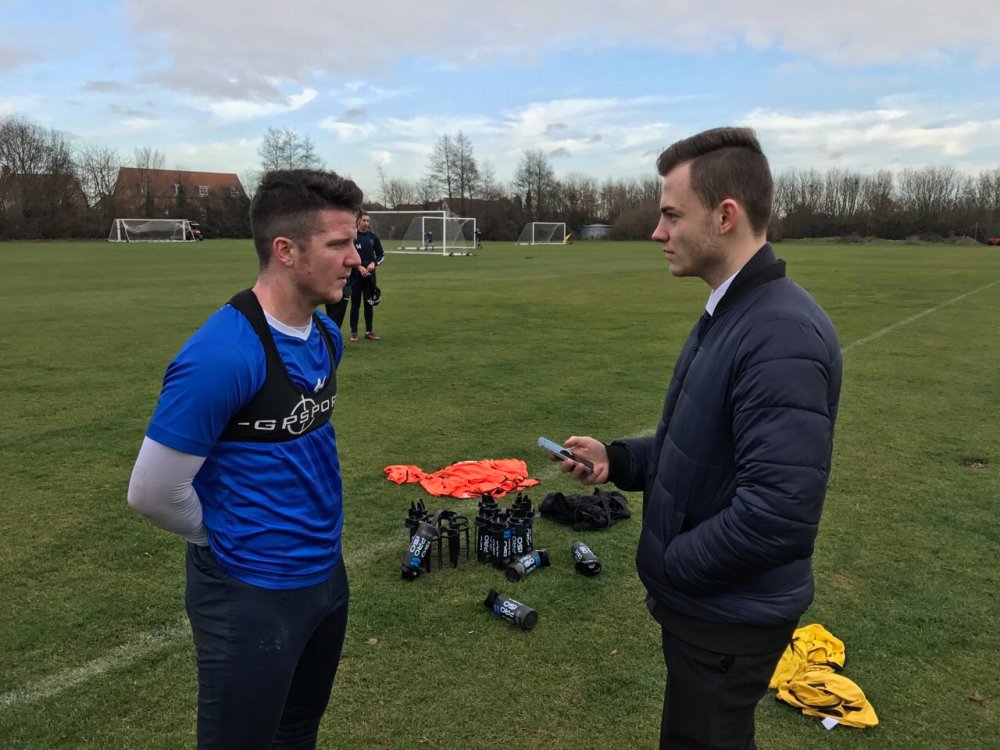 The midfielder is looking forward to returning to action

Summer-signing Billy Knott emphasised the team’s need to start winning games in the New Year ahead of the trip to Oldham on Saturday.

Knott spoke to the Gills Media team at the club’s training ground on Tuesday afternoon, as he looks to make his return after over a month out injured.

The midfielder expressed his delight at being back involved with the squad, alongside his targets for the remainder of the season.

Knott on…returning from injury: “It’s good to be back with the lads. I was a long time out, longer than I expected so it’s nice to be back involved. Hopefully I’ll be available for the weekend.”

Knott on…his season so far: “I’ve loved it. Obviously it’s disappointing where we are in the league but I think we just need a run of games and we should be alright.

“But I’m enjoying it. It’s nice to be back down south again with the family and all the boys.”

Knott on…going forward under Pennock: “Yes of course [I’m optimistic]. They’ve only been in a couple of days and are trying to implement their ideas.

“The lads are enjoying it.  There’s been a lot of shape work and a few things have been changed. But obviously I’m enjoying it.”

Knott on…his targets going forward: “Everyone knows this squad should be in the play-offs. But it’s one thing saying it and another thing doing it.

“I think we need to focus on one game at a time. We’ve got to start winning games and we know that.”