Note: This article was written prior 13th November 2016 and all stats are correct as of that date

Ahead of the 2016/17 season Arsenal manager Arsene Wenger addressed the media and was inevitably tackled on his squad’s title chances.

“I haven’t had a squad of players like this for a long time,” was his reply, adding that his current crop has “enough experience to compete.”

Wenger will certainly hope this experience and maturity will give his side a greater edge this year following the meltdown at the end of the previous season.

At the time of writing Arsenal have played 11 Premier League games, winning seven, drawing three and losing just one, sitting in fourth place with 24 points.

At the same stage last season, the Gunners were sitting in second place with eight wins, one draw and one defeat; with one extra point to their name.

So why are Arsene Wenger’s side in a stronger position to compete for the title this time around? These are the key factors.

A criticism of Arsenal teams gone by are the lack of effective back up options when the inevitable injuries strike.

This has led to many instances of youngsters being thrown in at the deep end; such as 20-year-old Wojciech Szczesny making his debut at Old Trafford in 2010

Alongside instances of humiliatingly early cup exits; notably the 3-0 drubbing away to Sheffield Wednesday last season in the Capital One Cup.

But the early signs this season suggest the current squad has depth in many, if not all, positions.

For starters, David Ospina has shown no signs (as of yet) of replicating the nervy figure of a goalkeeper we saw last year; an inspired performance against PSG proving testament to this.

Elsewhere, in what was once a position in need of strength, the Gunners now have many different options in central midfield, particularly following the arrival of the attack minded but tough tackling defensive midfielder Granit Xhaka during the summer.

Mohamed Elneny continuously impresses when given the chance and long-timer Santi Cazorla has proved through his absence in recent weeks that he remains a crucial part of the side. 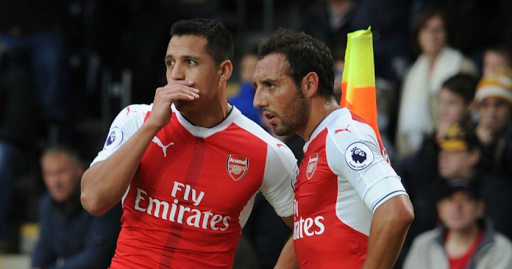 When looking to the wings the depth remains evident. Alex Oxlade-Chamberlain is already experiencing his most prolific campaign to date since becoming an Arsenal player and Theo Walcott appears a new man as Arsenal’s top goal scorer so far this season.

Alex Iwobi burst onto the scene last season and has cemented his place in the Gunners starting eleven this year as he provides a youthful alternative.

Up front Wenger’s options remain aplenty. The experiment of playing Alexis Sanchez as a lone striker has proved a great success, meaning the Gunners now have an alternative to Olivier Giroud.

The addition of Lucas Perez to the ranks means that with the returning Danny Welbeck, Arsenal now five striker options to choose from, many of whom also provide winger options.

The ‘second string’ Arsenal sides have already produced notable performances this season such as a 4-0 win at Nottingham Forest in the EFL Cup and an impressive 3-2 comeback win away to Ludogrets in the Champions League. Both results seeing key players rested but still producing promising results.

There were many instances last season where injuries and a lack of depth in the squad meant that Arsenal could not handle their opponents. A notable example being Laurent Koscielny’s absence from the side that lost 2-1 at home to Swansea in March.

The strength in depth aspect is certainly one which will aid the Gunners in their push for the title this season.

Stepping up a Gear

Alongside the new depth, the early stages of the 2016/17 season have shown signs of certain key players adding greater levels to their games.

The key example is Mesut Ozil, Arsenal’s player of the season last year and the Premier League’s top assister with 19.

Renowned for his ability to provide, this season has seen the German play in a slightly different way both to accompany the new striker option in Alexis Sanchez and evolve his own game.

Alexis’ tendency to drift wide onto the flanks when playing as a striker has given Ozil the freedom to play further forward, meaning the midfielder now receives a greater amount of goal scoring opportunities.

This has meant that Ozil has been able to add goals to his game, causing manager Arsene Wenger to suggest that if he remains at the club he could reach the heights of Dennis Bergkamp.

With seven goals in all competitions so far this season, including a first career hat trick against Ludogrets, you can understand the source of such praise.

And Ozil is not the only player who has seemed to have added to their game this season.

As mentioned previously Alex Oxlade-Chamberlain is already experiencing the most prolific campaign of his Arsenal career, showing the impact he can have not just off the bench but as a starter too.

His England teammate Theo Walcott will have no complaints about the way he has started the season either, with eight goals in all competitions. 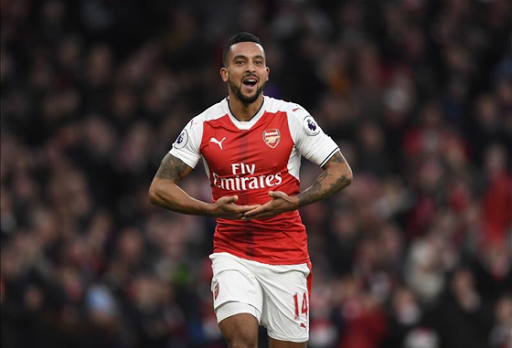 Much like the evolving partnership between Ozil and Sanchez this season, Wenger notes that Oxlade-Chamberlain and Walcott are working on a partnership themselves.

“They are lifting each other”, the Arsenal manager said following Arsenal’s 2-0 win over Reading in the League Cup in October. “Alex is following Walcott on the same way.”

Martin Keown offered an interesting view in The Daily Mail, claiming that the form of the two Englishman could be down to the exit of Jack Wilshere in the summer.

“I would suggest that Jack Wilshere going on loan to Bournemouth has spurred on both Oxlade-Chamberlain and Theo Walcott,” the Arsenal legend said.

“What Arsene Wenger did in letting Jack go was very healthy – it allowed Alex and Theo to have a good look at themselves.”

An interesting suggestion, but one that holds a degree of substance. Arsene Wenger’s treatment of Wilshere in the summer highlighted that no one is guaranteed anything at the club.

Whatever the motive behind their form, Wenger will hope they can continue to provide a great asset to the Gunners’ title charge this season.

Another Arsenal player who has stood up to be counted this season is Laurent Koscielny; a player who is truly showing the Premier League his worth.

The Frenchman is leading the way so far this season in comparison to the division’s other central defenders.

He has also won more tackles than any in the above group with 12; that’s 5 more than John Stones and Gary Cahill despite playing one game less.

Koscielny’s stats so far this season are impressive, especially considering the current campaign has seen the Frenchman take up a new role in the team.

With the arrival of Shkodran Mustafi, the 31-year-old has had to evolve into a more mature centre back in order to cater for the new arrival’s inexperience in the Premier League. 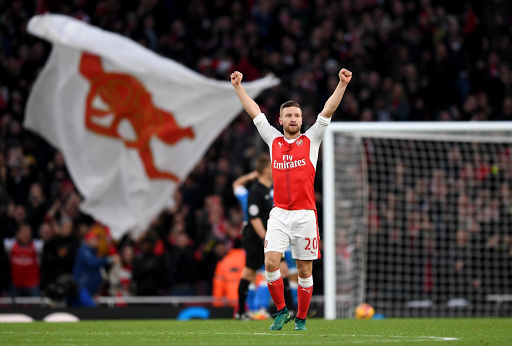 This is a new style for Koscielny, who has been reliant on the experience of Per Mertesacker in the past, and one in which he is clearly flourishing in.

The evidence is there to suggest that Arsenal are a much greater outlet this time around when fighting for the title.

They lost no key players over the summer, and strengthened in areas that needed strengthening; with these additions already having a desired impact.

Many felt that last season posed Wenger’s best ever chance to win another title before his contract ends due to the capitulation of common title rivals in Chelsea, Manchester United and, later on, Manchester City.

But there has already been hints that this season’s opponents have their weaknesses, despite forming much greater forces than the previous campaign.

Manchester United’s money laden side looks to have fallen at the first hurdle and Manchester City have shown they have a mistake in them at the back.

Tottenham are struggling to score goals whilst Arsenal have already beaten Chelsea convincingly at home.

At the time of writing it is Liverpool who will worry Arsene Wenger the most for the title race.

Jurgen Klopp’s side are the league’s top goal scorers and without European football it’s difficult to see where their system will falter.

But, like Arsenal, Liverpool have a tendency in recent years to falter during the final stretch. It’s a factor of both clubs’ recent history that will be in mind this season too, despite both sides improving.

Arsenal need to iron out the mistakes that crop up every season if they are to be taken seriously in this title race.

The first being their record against top teams. These games will be make or break for the title this season with the title race being so close.

The 3-0 demolition of Chelsea at the Emirates in September hinted at this being done so, but failure to beat Liverpool and Tottenham at home suggested otherwise.

It’s early days of course, but the Gunners need to become more consistent in their results against the league’s bigger sides. Alongside winning the games they are expected to, such as a home game against a newly promoted side in Middlesbrough.

It’s consistency that holds the key to Arsenal’s title challenge this year. Wenger has an experienced, talented, pacey, strong and resourceful squad to choose from.

The evidence is there to prove that the Gunners are in a far greater position to compete in the title race this season in comparison to last.

But this can only happen if the squad use the experience Arsene Wenger noted at the beginning of the piece to iron out the common mistakes of the last 12 years.